Mobile satellite communication is rendered from the radio station (earth station) installed in ground, maritime or air mobile entities (automobile, vessel, aircraft, etc.) to the other radio station (earth station) via the artificial satellite. (For example, it's possible to communicate (by telephone) from a ship on the Pacific Ocean to a home or an office within Japan.)

The quasi-zenith satellite is an artificial satellite of the satellite system where one satellite always stays near the zenith in Japan by positioning at least three satellites synchronously on the orbit inclined at 45 degrees from the geostationary orbit. As the ground surface orbit draws the shape of number 8, it's also called "Number 8 Orbit Satellite". It can obtain a high elevation angle to reduce the influence of buildings and so forth (blocking.) 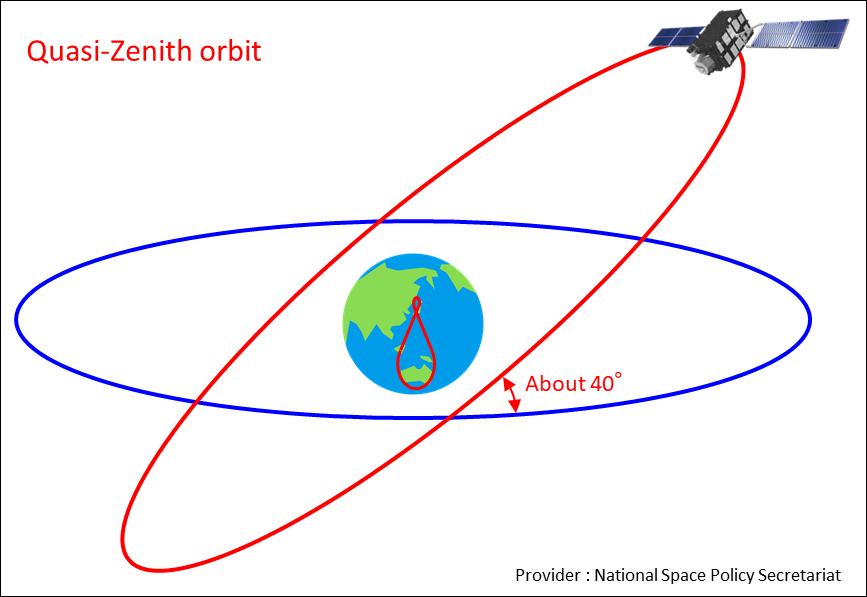